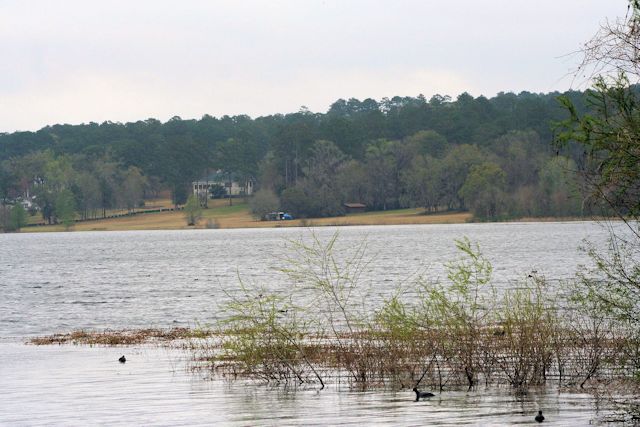 Boasting more than 205 protected acres near the banks of Lake Jackson, Pine Tip Hills offers a resort-caliber lifestyle right in the heart of Tallahassee. Here, you'll find lavish homesites with some of the most beautiful properties around, as well as serene rolling hills and an ideal location near the area's best green spaces. If you're looking for a community that has it all, it's time to take a trip to Pine Tip Hills.

The traditional-style homes of Pine Tip Hills were originally built in the 1980s and 90s. However, residents have lovingly maintained their homes over the years and incorporated countless upgrades to give their spaces a custom feel. Each Pine Tip Hills home comes with at least a half acre of land, as well as brick, stone, or Hardie Plank finishes and mature landscaping.

Perhaps the biggest draw to Pine Tip Hills is its ideal location just a mile away from Lake Jackson and Rhoden Cove Landing, a popular boat launch. This 224-home community might seem remote, but it's actually just a quarter mile from Elinor K. Phipps Park, as well as the City of Tallahassee Recreation Park, which offers soccer, tennis, and baseball fields.

The Details on Pine Tip Hills

If you want to reach some of Tallahasse's best retail and dining destinations, head to the I-10 and US-319 interchange. Here, you'll find various shopping centers, which include stores like Hobby Lobby, Publix, and Southern Seafood Market. As if that isn't enough, you'll be just 20 minutes from Governor's Square, Tallahassee's largest mall.

With Elinor K. Phipps Park just a stone's throw away, Pine Tip Hills residents never need to travel far to have some fun in the great outdoors. However, even more exciting destinations await near this picturesque neighborhood, including Lake Jackson Mounds State Park and Alfred B. Maclay Gardens State Park.

Children in Pine Tip Hills are served by Leon County Schools, which educates over 33,000 students across the Tallahassee area. Currently, the neighborhood is zoned to Gilchrist Elementary, Raa Middle, and Leon High. Many graduates go on to attend Florida State University in Downtown Tallahassee, which is one of the largest colleges in the United States.

Making a move in the Tallahassee area? Let us help! We at Century 21 First Story are longtime locals of the Tallahasse area, so we know it like no other! Contact us today to find out more about how we can help you find the perfect home in just the right spot.